#1
Alright Legends, this is your thread to post your review on the movie. No spoilers please! Just general thoughts on the film.

#2
*DISCLAIMER* I've only watched the movie once, and I did not take notes. I'm doing this completely from memory, so I'm most likely going to miss a few points. On top of that, I will be offering my opinion in certain parts of the review, but I'm going to try keeping it as objective as possible. If you have any questions, would like to give your opinion, or would like to discuss the movie further, feel free to reply. All discussion is welcome here.

The new Warcraft movie was just released in the US a few days ago. Based on the trailers, it appeared to be a very promising movie. It's clear that Duncan Jones (son of the late David Bowie, and most well-known for directing Moon and Source Code) put a lot of work into making this film, and it really shows. They certainly put their $160M budget to good use. But does it live up to the expectations of Warcraft fans and non-fans alike?

A lot of discussion has been held over the use of CGI in the movie. My thoughts on the CGI throughout the movie are that it looks really nice up close (almost photorealistic), but if it's further than 10 feet, it looks blurry and cheap, very reminiscent of Jurassic World. However, I do think that CGI was used in certain parts where practical effects or makeup would be much more appropriate. Look at the blood elves for example. Makeup would have been just fine. Long ears, long hair, long eyebrows. It seems the CGI artists felt like this wasn't enough, and just loaded the blood elves' faces with CG.

Now, onto the plot. Gul'Dan, a mysterious orc wizard that's never explained, needs some blue people so he can use his fel magic to harvest their souls, powering a giant portal and enabling his orcish Horde to invade Azeroth (Draenor is dying, so an Orc's gotta do what an Orc's gotta do. zug zug). If you played any of the Warcraft games, or know anything about the lore, I'm fairly sure you know who Gul'Dan is, who the Draenai are, and what fel magic is. So naturally, you won't have any issues understanding what's happening here. But let's say you haven't played Warcraft or read the lore. How does the movie explain this?

Who's Gul'Dan? He's a warlock.
How did he get so powerful? idk
What is fel? Bad magic
Where did it come from? idk
What are those blue people? idk
What's a guardian? It's Medivh
Who's Medivh? He's the guardian, let's summon him!

The lore of Warcraft is vast, and it would be near impossible to cram all that information into a 2 1/2 hour movie and still expect the audience to follow you. However, I feel they cut out a lot of key points that would help newer audiences understand the characters much better. Sargeras, Kil'Jaden, Ner'Zul, Aegwynn, never mentioned. These characters all explain fel, Gul'Dan, Medivh, the guardians, and a lot more, but the movie fails to mention them, leaving audiences with only a brief explanation. The only antagonist in the movie is Gul'Dan, and he's just powerful... because fel. Where did he get the fel? I don't know, he just has it.

I'd also like to bring up the relationship between Khadgar and Medivh. When Medivh is killed, Khadgar gets very emotional and starts crying... what the fuck? Khadgar barely even knows Medivh in the movie. He has no reason to be crying, considering all Medivh did was push him around.
There was a scene where Khadgar and Lothar enter Karahzan. They're greeted by a robed man whom I immediately assume is Medivh. NOPE! Medivh is upstairs sculpting or some shit. WHO THE FUCK WAS THAT ROBED MAN? Doesn't matter, you won't see him that much. Now look, when you're adapting a story into a movie, you're most likely going to have to make changes. But for the love of god, could these changes be any less sensible? Khadgar was Medivh's apprentice in the lore. If they had kept that, Khadgar and Medivh would have a much deeper relationship between apprentice and master.
That way, when Medivh gets possessed (or fel corrupted, it doesn't do a great job of explaining this either), and Khadgar is forced to kill his own master to save thousands, it would be much more heart-wrenching.
On the topic of changes...

When Garona has to kill Llane, Llane literally tells her that she has to do it to earn the honor of the Horde, and just lets her kill him. First of all, where the fuck did he get that idea? They just met these orcs, and they don't speak their language. Second, what the FUCK was that about? Doesn't Gul'Dan have control over the orcs? Couldn't he have done the same with Garona? She is green after all. Anyway, she kills him and the Horde carries her over to Gul'Dan, who welcomes her as an Orc.

MAD/10 WHAT THE FUCK WAS THIS SHIT ZOWIE BOWIE 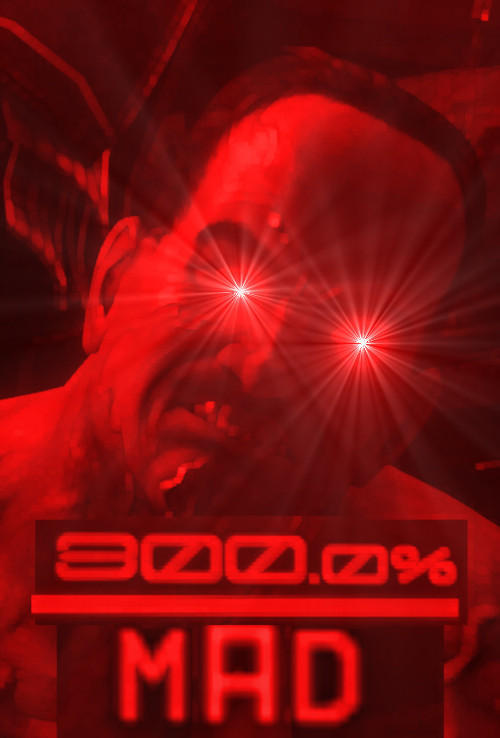 There's another scene where Durotar challenges Gul'Dan to the ancient Orc custom of Mak'gora. What's Mak'gora? Well, if you don't know the Warcraft lore, tough luck, they don't explain it. It is here that Gul'Dan takes off his clothes and reveals himself to be a mighty buffed-up Orc and fights Durotan in hand-to-hand combat (me am that kind of orc?). Honestly, I don't like this Gul'dan. I would much prefer if they kept Gul'Dan as a frail warlock who relied more on manipulation than raw strength.

As much as I bash the movie for it's plot and lack of explanation, there's no denying that this is a visual marvel. The creative environments and atmosphere are very much like Azeroth, and sure to be enjoyed by Warcraft fans and non-fans alike. The action is well-paced too. It's very fast, fluid, and the magic effects are visually pleasing, but it's definitely kept PG-13.

Overall, if you're a fan of the Warcraft series, or well-versed in the lore, you'll probably find the movie to be pretty enjoyable. However, I can't say the same if you aren't a fan. For the people that don't know the lore, the movie will be very hard to follow. The plot jumps around like crazy, and a large portion of the movie goes completely unexplained. However, if you're able to fill the gaps with your knowledge of Warcraft lore, I'm sure this will be an enjoyable experience for you.
Last edited: Jun 14, 2016 I think your review is pretty spot on. If you have no idea what Warcraft is, IMO, you shouldn't buy a ticket. Because the movie did a very poor job of informing people of the lore.

This was a fan-service movie. And it did not disappoint. Problem is, when you release it in theaters, you do yourself and other movie-goers a disservice by not educating them.

I imagine a sequel should have less action and more dialogue explaining things.

The story this movie was trying to tell needed to be split into 2 movies. I mean in all seriousness, the Warcraft franchise needs at least 7 movies in order to do the story justice.

#6
In case there are those who haven't gone and done research as to why Duncan Jones did certain things the way he did:

#7
Andrastie said:
In case there are those who haven't gone and done research as to why Duncan Jones did certain things the way he did:

http://io9.gizmodo.com/director-duncan-jones-answers-all-your-burning-question-1781663557
Click to expand...
He half-assed 90% of those answers.

#8
I honestly don't think he was qualified to take on a movie of this scale. Moon was decent.. but it had a cast of what.... 4? With Sam Rockwell being the only person 99% of movie.
You must log in or register to reply here.
Share: Facebook Twitter Reddit Pinterest Tumblr WhatsApp Email Link